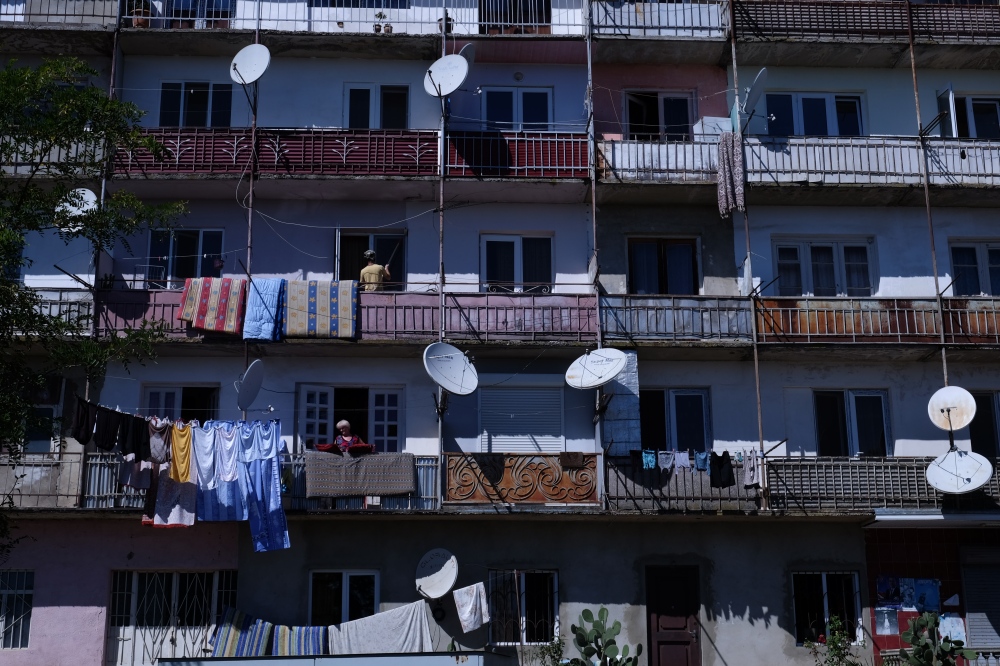 The Bouillon Group (Natalia Vatsadze, Teimuraz Kartlelishvili, Vladimer Khartishvili, Konstantine Kitiashvili, Ekaterina Ketsbaia, Zurab Kikvadze) was founded in 2008. The Bouillon Group is the one of a few artists’ groups focusing on utilization of public non artistic spaces. The group is concentrated on e active confluence of a space, which is not concerned with art and artistic production or in contrary intervention with non artistic activity in artistic space.

In Apartment 11, Bouillon Group – together with the artist Anne Baumann – invited observers to consider memores of a recent period in history: the 1990s in Georgia and Germany. In this project, member of Bouillon Group Lado Khartishvili built a replica of a room from his grandmother’s house in the Soviet town of Ordzhonikidzee (now in Russia) in his apartment in Rosenstrasse 11 in Halle, Germany. His Georgian family had to give up this house as a result of new borders. The Apartment11 art project aims to create performative interaction between guests and hosts. 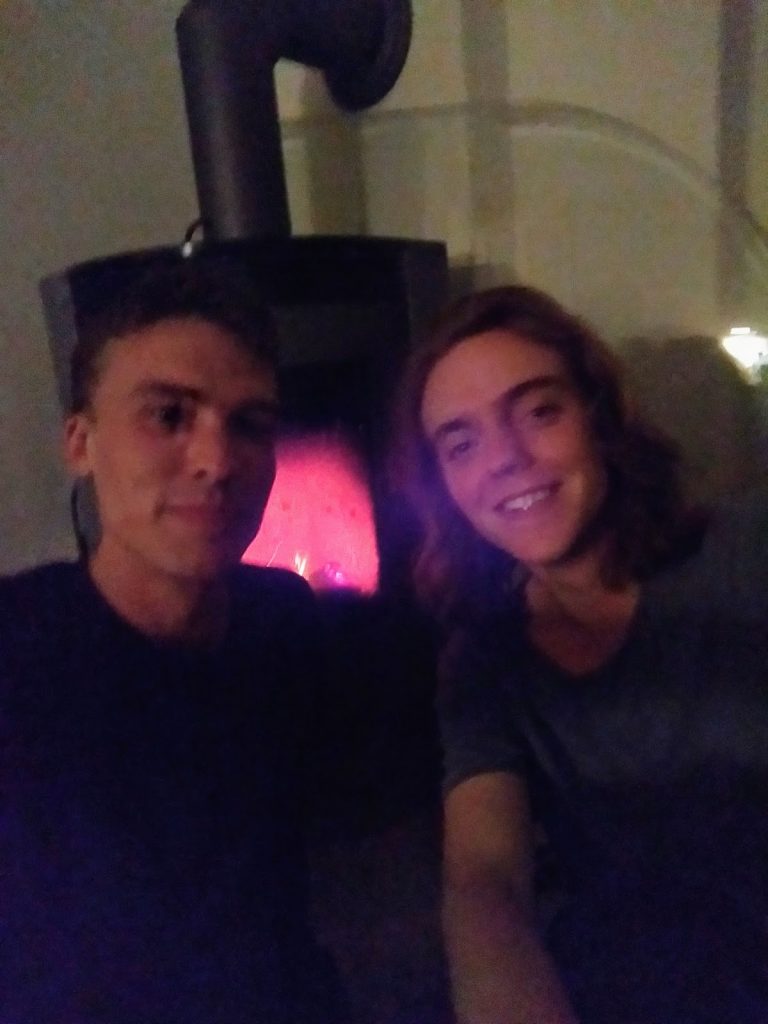 The Cereal Dinners was a research experiment within a performance structure following these rules: At 22:30, I, the host, sat with one other on a rug in front of the lit wood stove of my room in Berlin, Germany. Together in front of the fire, we eat cereal until we are satisfied and then spoon the leftover milk into the fire. The performance structure is repeated seven times over seven days, May 26 to June 1, 2019, with simple performative variations each day. 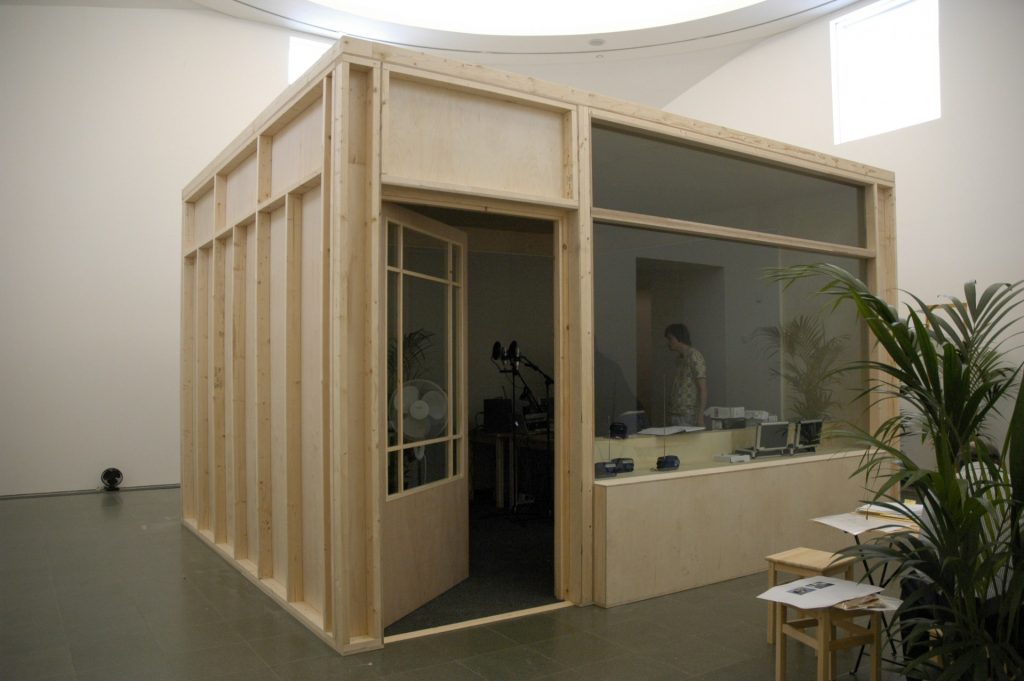 For his first solo exhibition in London Rirkrit Tiravanija created a full-scale, fully functioning replica of his New York apartment, complete with furnished kitchen, bathroom, reception room and bedroom, available for visitors to use. Along with the replica apartment, a broadcasting studio was also installed within the Serpentine Gallery, from which a serialized radio programme about the artist’s life was transmitted live on a daily basis. Tiravanija’s work, like this installation, crosses the boundaries between sculpture, installation and performance. Acting as a catalyst, Tiravanija created situations in which the divisions between art and life were removed. He often cited ‘lots of people’ as a key element, making reference to the improvisational nature of his work and his desire for it to be used. 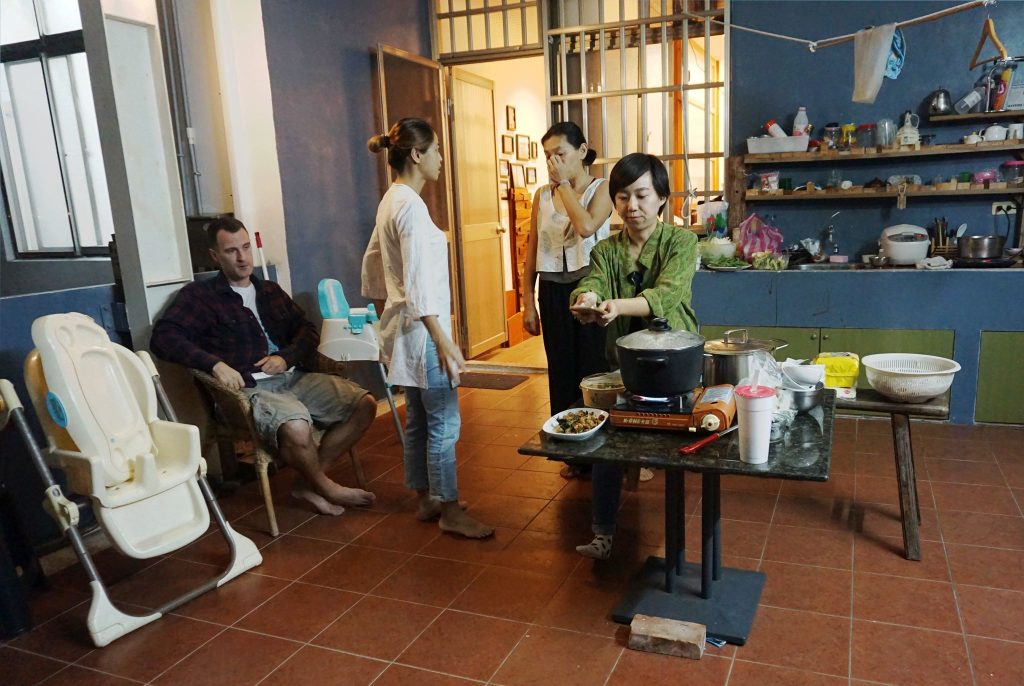 98B is a platform for critical discourse, experimentation, exchange, information and presentation of contemporary art in the Philippines. 98B seeks to establish convergence with creatives from diverse disciplines together with the general public. 98B aims to present local and international contemporary art through our various programs, projects and research, outside the confines of the white cube. 98B presents art in multiple layers and perspectives to a broad and diverse audience while contributing to the contemporary art scene. 98B is stimulated with ideas, projects and explorations that ask pertinent questions, stretch boundaries and more importantly, provide unintimidating access to art and creativity. We started 98B because we love to cook, eat, and drink together with friends. The kitchen is like a laboratory and you can see the process of making a meal from start to finish and sharing it with everyone. In the beginning, we have weekly dinners, and it is also the perfect occasion to talk about art, ideas, projects and everything under the sun. A very casual and organic way to build exchanges and discussions thru food and drinks. 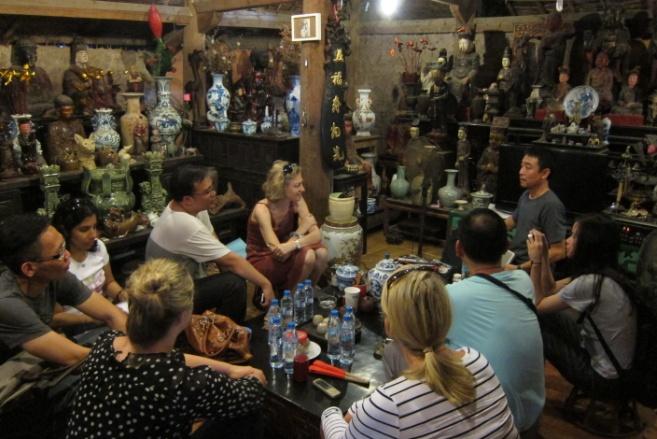 Nhà Sàn Studio (NSS) was founded in 1998 by artists Nguyen Manh Duc and Tran Luong. It was the first and is, to date, the longest running non-profit experimental art space in Vietnam. The studio nurtured several generations of the most imaginative and daring contemporary artists in the country.  The studio, housed in Nguyen’s family home, is a Muong ethnic minority house on stilts that was transplanted from the mountains to a neighborhood in the outskirts of Hanoi. Opening intermittently, Nhà Sàn created space for experimentation and community. Nhà Sàn Studio quickly became a nexus for international art exchange: hosting lectures, and workshops, sound, video, installation and performance art. Along with providing artists with the chance to experiment with art forms distinct from state pedagogy and commercial markets, Nhà Sàn connected local artists with opportunities for exchange abroad, and hosted a wide range of  international projects, and artists in Vietnam.  Nhà Sàn Studio nurtured the first generation of Vietnamese avant-garde artists emergent in the early 1990’s. Since the closure of Nhà Sàn Studio in 2011, following the spirit of artistic creativity and freedom, the young generation of artists re-activated Nhà Sàn by a series of mobile and guerrilla projects in public space as well as large scale projects with international institutes in Vietnam and abroad. In 2013 the group formed “Nhà Sàn Collective”, dedicated to examining traditional, local and global socio-political contexts and history. Nhà Sàn Collective supports each other in pushing the boundaries of expression in Vietnam as well as seeks and nurtures other young artists in the community with or without a physical space. After moving in and out of many spaces, we currently operate out of physical space donated by the Hanoi Creative City (HNCC) Building. Nhà Sàn Collective is entirely volunteer run, and artist-led. We rely on private donations, and support from cultural institutions to operate. 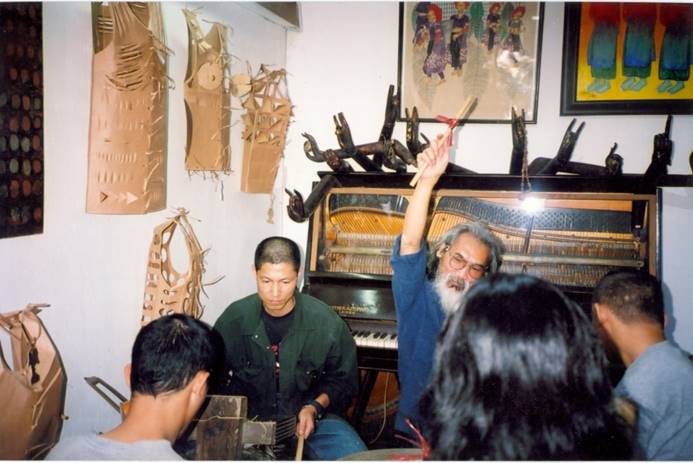 Salon Natasha is located in the home of its owner’s family, and at the same time serves as Vu Dan Tan’s studio. It has always been a meeting place for artists, intellectuals and the public and a venue for modern, young, experimental and non-commercial art.

Salon Natasha is known for its intriguing combination of art and daily life and the commitment to showing the works that are different from those of mainstream Vietnamese contemporary art. 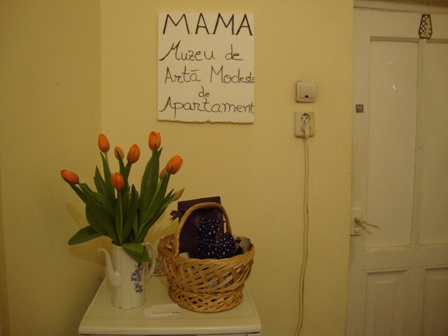 The idea of this museum and the necessity of its existence is a result of the meeting of various factors that found the favourable context and moment. One such factor is the passion for various collections and the possibility to exhibit them in the space where I used to live in that period. When deciding to turn the house in a museum, I wanted to investigate the idea of collection and collector. M.A.M.A exhibited for 3 months personal collections, installations created in-situ using recycled materials and ready mades and works of less-known artists. 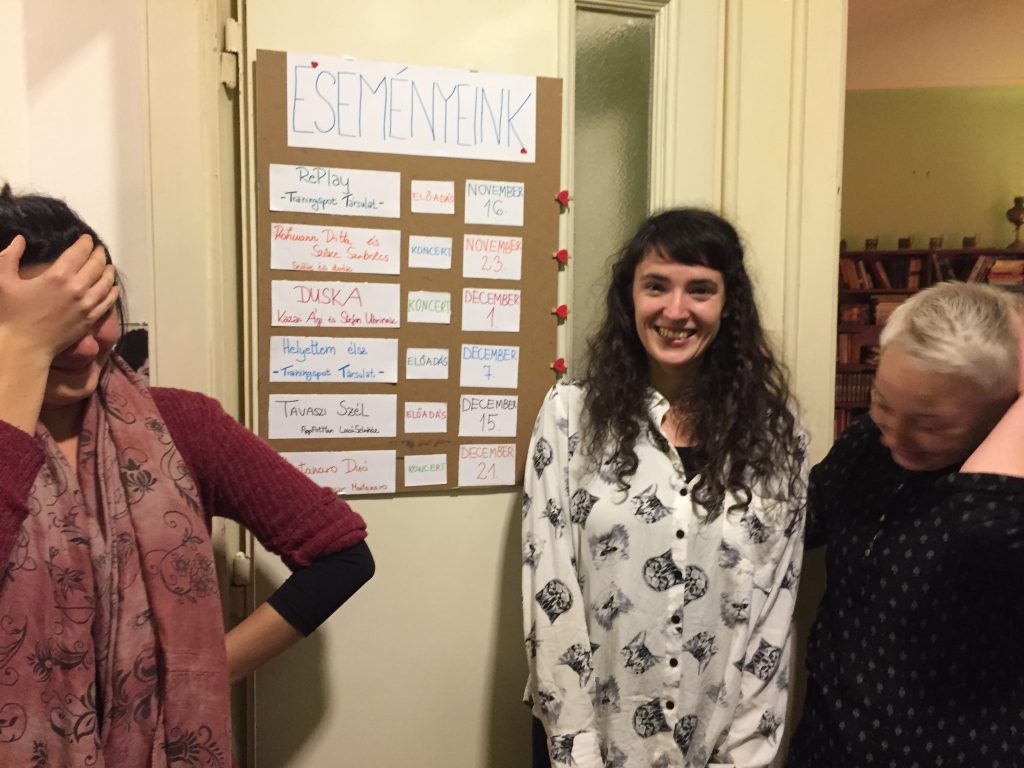 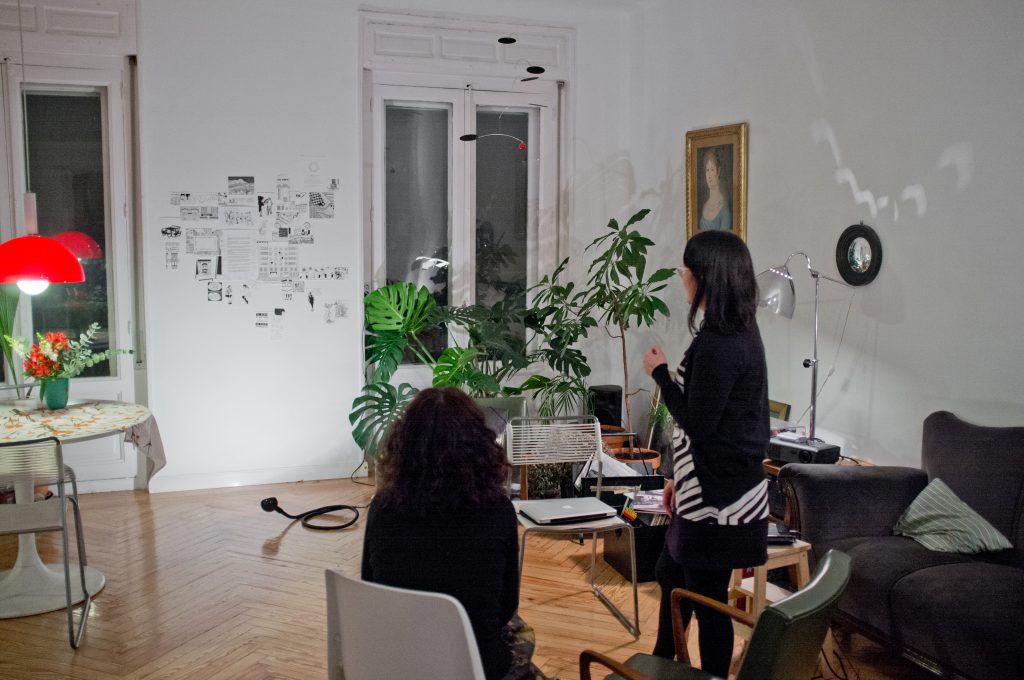 Sweet Home is a research residency programme in domestic spaces that gives value and delivers new ways of doing and relating to each other by sharing our day-to-day life. We seek to create effective and affective ties between artists, curators, researchers and the rest of cultural agents, transforming our homes into places of encounter that give born to new practices from shared intimacy. 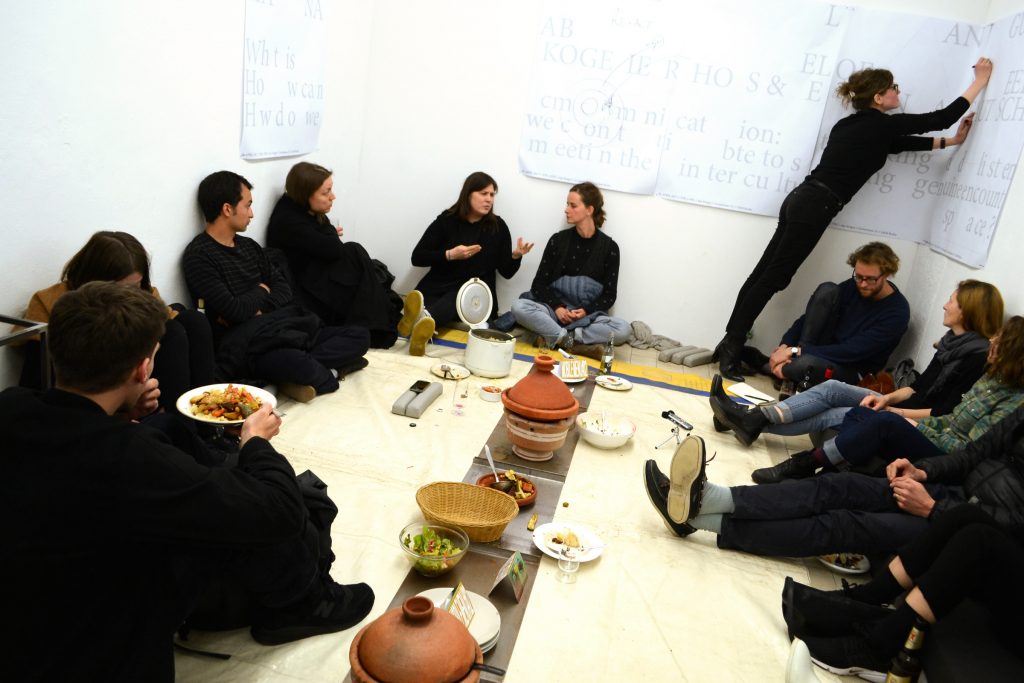 stay hungry is an artist-run, independent and non-commercial project, that realizes a multilayered and interdisciplinary program in dialogue and collaboration with artists, curators and actors of the independent art and cultural scene. In 2016 stay hungry launched an interventional food series called Mobile Menu, that provides formal and / or content-related meal in connection with the respective exhibition topic and is severed on the finissage.