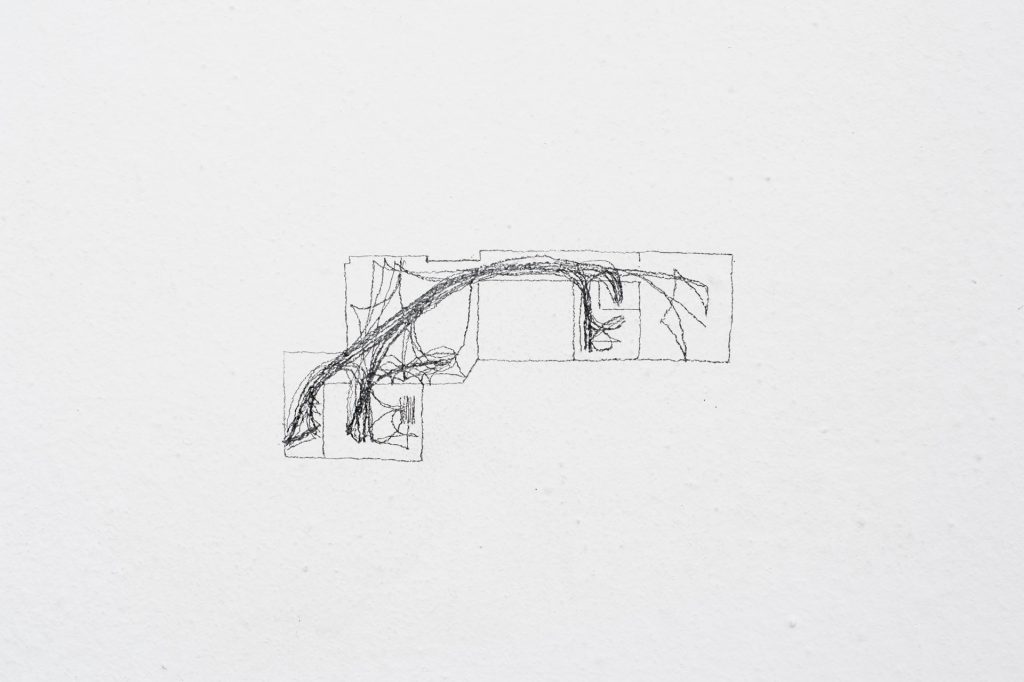 Temporarily inhabiting flats of others, getting used to their space, the structure of the flat, its mesures and the objects in each flat. Producing routines in spaces that usually influence the routines of their owners. Collecting the traces of daily movements in sketches and photographs. Movements over a longer time summed up to a simultaneity are showing the certain movement space of each flat, made visible in drawings and objects. 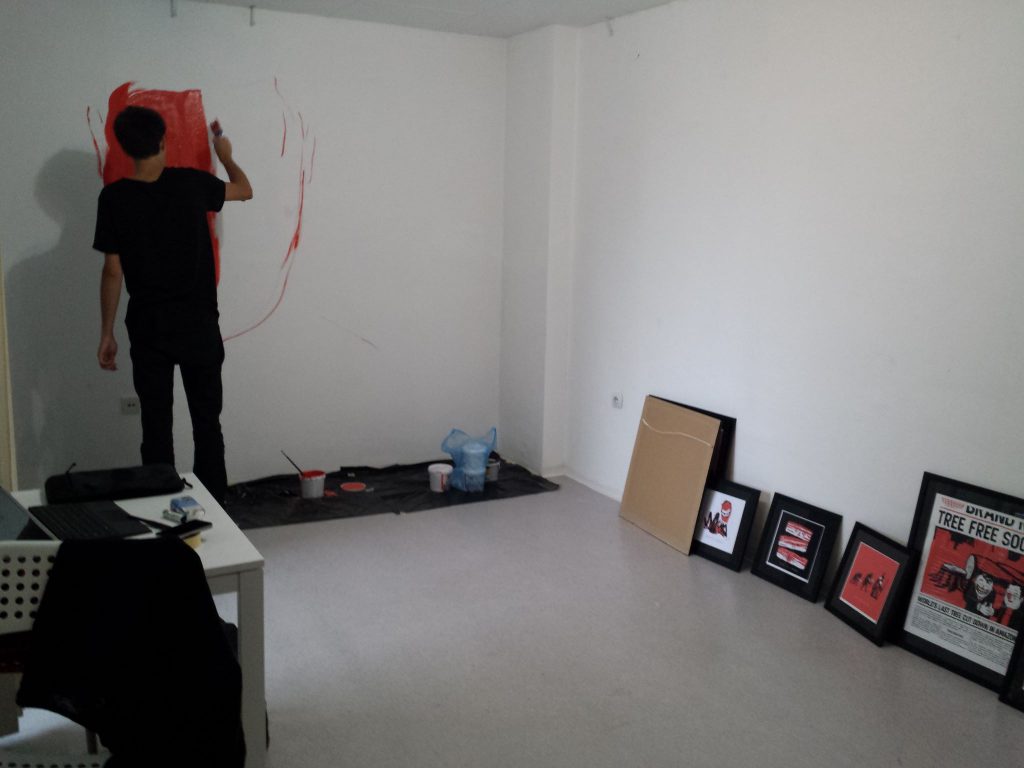 Project “PROSTOR” (in English: Space) from Banja Luka, Bosnia and Herzegovina, was founded as civic association, non-governmental and non-profit art platform located in an apartment of 37m2, which is based on values such as interdisciplinarity and cooperation.”Space” is created with aim to draw attention to the need for space for contemporary art and to point out on its significance. Guided by this idea, while listening to public conversations and following researches and debates, we have noticed that the them often raised issue is about the position and articulation of youth, especially of renowned artists in the local and wider, regional and international scene.

The aim of the PANORAMA media project was to processed the Cserhátszentiván (is a small village in northern Hungary) in an audiovisual way. This village is 800 years old, but now only 100 people live here, so soon this cummunity will disappear. The finished works (photos and videos of the village) were exhibited in an empty house, was like memories of Cserhátszentiván. The implementation of the project of the Tű Fokán Art Festival is made possible. 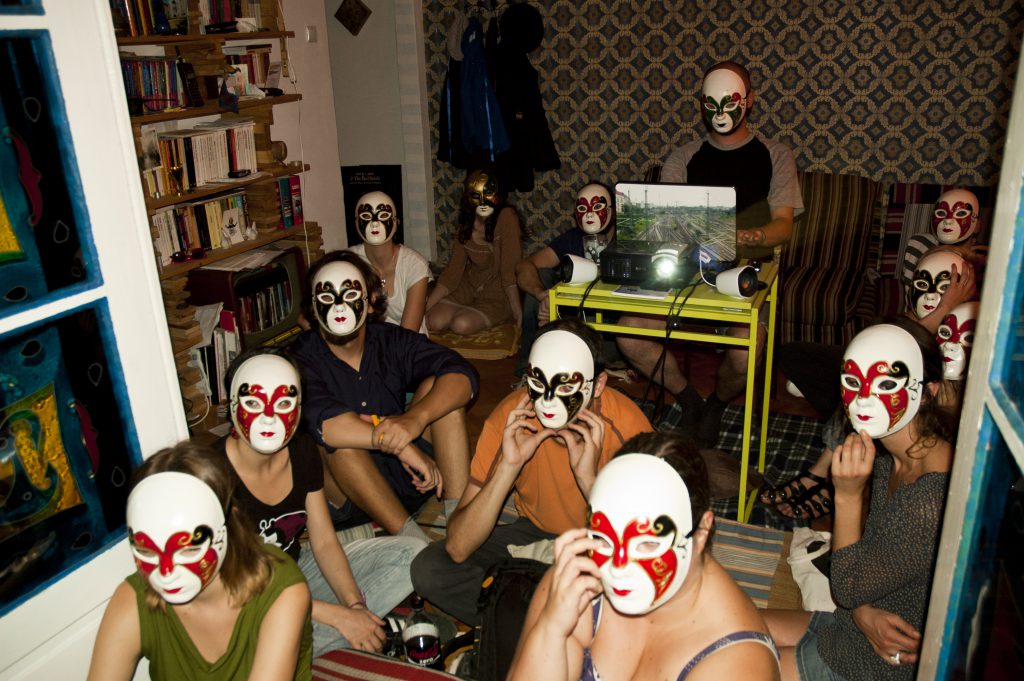 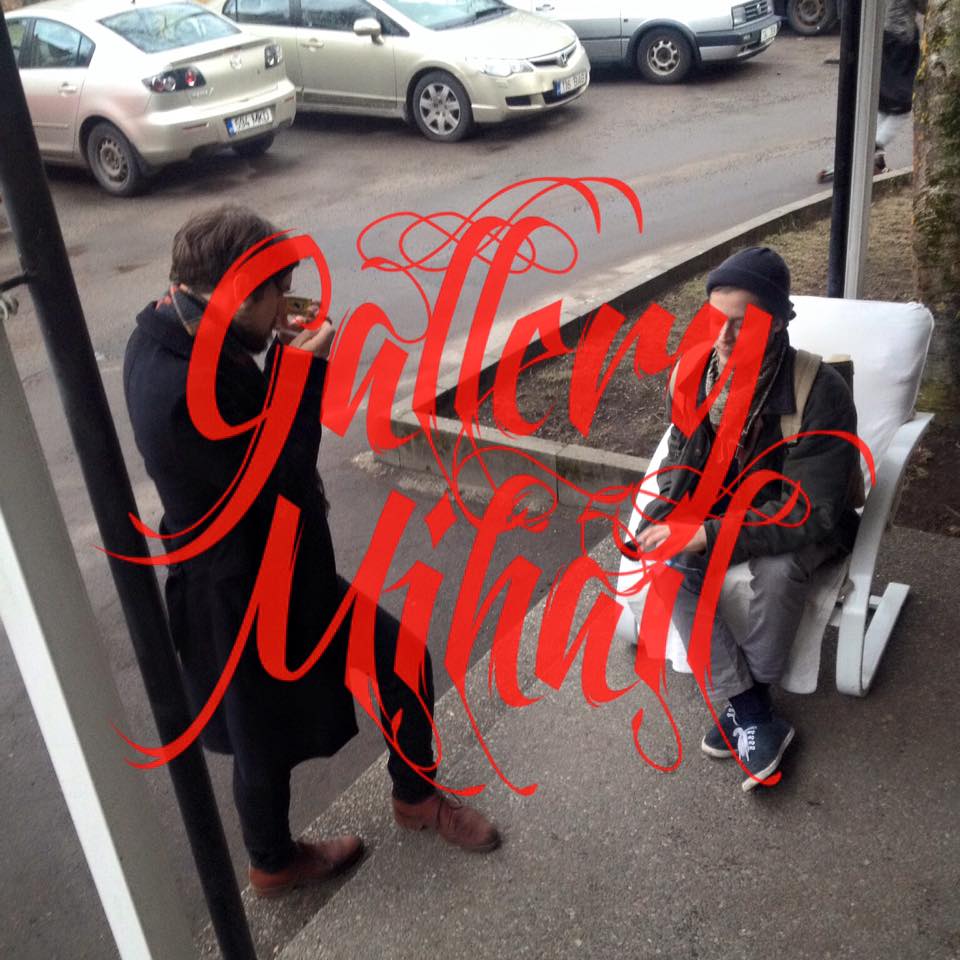 Gallery Mihhail is an apartment gallery in Mustamäe, Tallinn. Honouring the tradition of apartment exhibitions, housing projects and the legacy of Le Corbusier, the gallery has taken its name from the famous 1980 Moscow Olympics mascot Мишка. 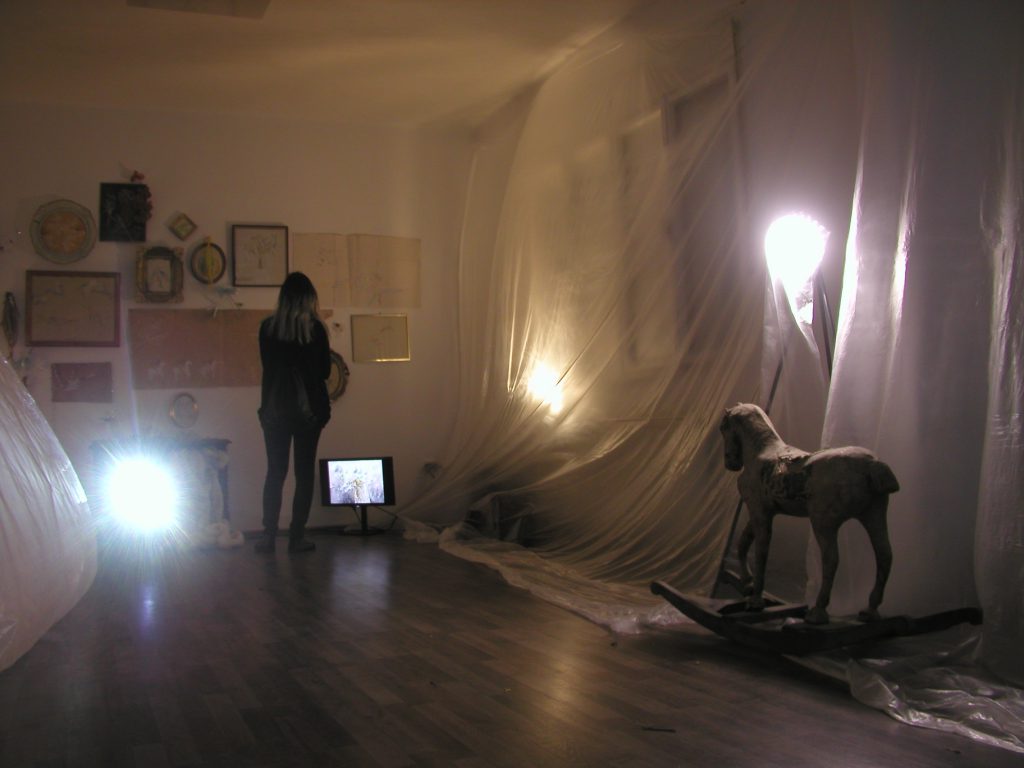 “Inquiry Inc.[2016]” is an Artist Run Center project, with an open public programme, based in a member’s house adapted into an open NGO headquarters with a gallery.
The aim of Inquiry Inc. is to articulate a space of contemporary artistic research and collaborative production, and to help affirm fresh paradigms of new media explored via applying processes of co-creation and distributive knowledge. Our frequent activities (expos, talks, workshops, screenings, …) are open to our local and online communities and they are meant to develop a transdisciplinary and an intergenerational dialogue. 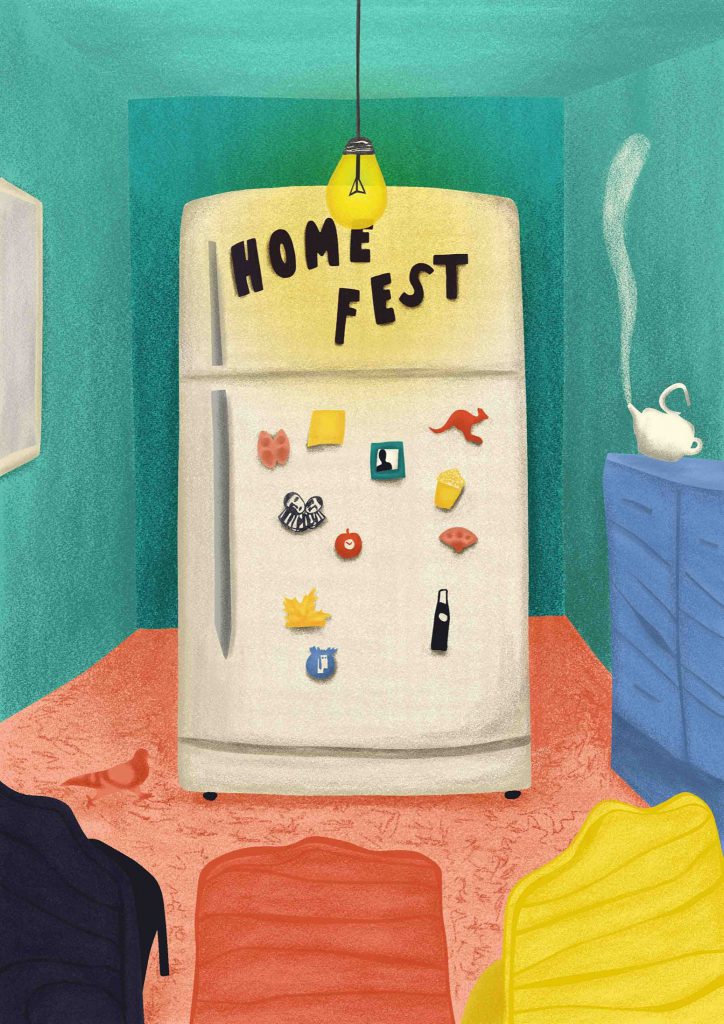 HomeFest is the first cultural Romanian festival that takes place only in houses and apartments. If city halls take care of facades, we propose an interior rehabilitation through art events. HomeFest is a project initiated by lorgean theatre, the first theater apartment in Romania. Since 2014, HomeFest brings the artistic experiments in domestic spaces, transforming living rooms and bedrooms in a stage, offering a good opportunity to meet your neighbors elsewhere than in front of the block or at the market. 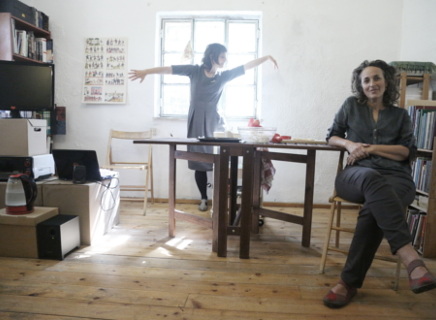 A collaboration between two women, mother and daughter, who are sharing openly different experiences. In the living room, a space of hosting and encounter, the two touch upon feminine sexuality and desire trying to unravel the silence and silencing in society. 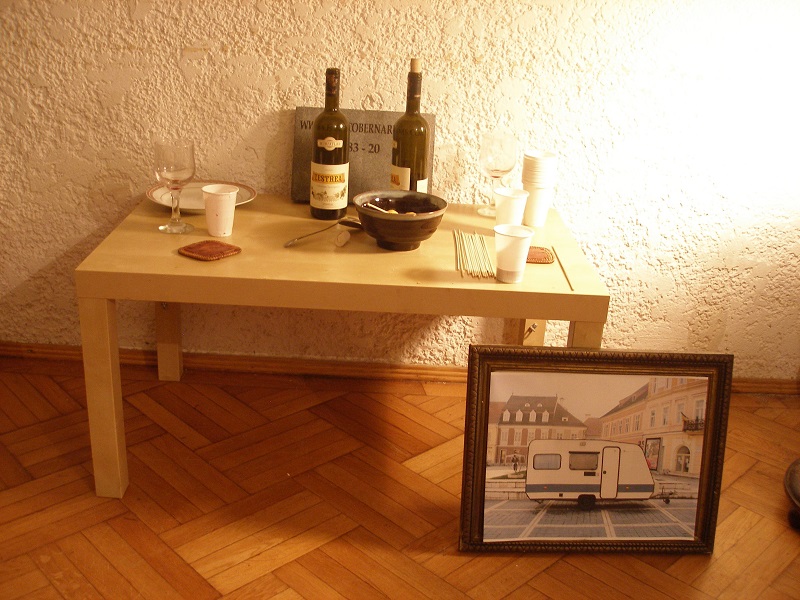 This is a project that merges reflections about life, death, our relationship with new tecnologies and the idea of memories with Italian pregiudices about Rumanian people. I have taken a stone from a construction site in Bucharest that was paving with new stones a part of the Revolution Square (Piața Revoluției) between the Memorial of Rebirt (Memorialul Renaşterii) and the Ministry of Interiors and I have asked to an engraving laboratory to do my personal gravestone. 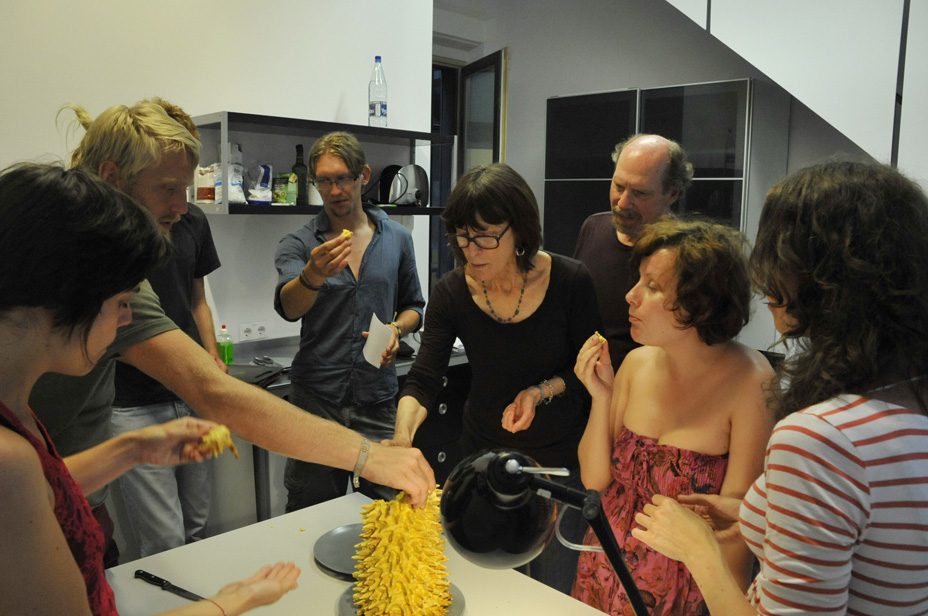 This project has as subject the production of a new sweet created joining two already existing recipes: in the encounter both the recipes lose their origins and meaning and merge complementarly to represent and give shape to a story inspired by episodes that came from the novel by Thomas Mann “The young Joseph“. The recipes chosen for this project are Sakotis and Tiramisù.